Black People With Disabilities Who Contributed to Black History

Since the beginning of Black History Month, each weekly set of posts reflected a theme. The first week reflected Canadians who made significant contributions to Black History, followed Black people from the LGBTQ community. Last week, it was West Indians. This week I want to highlight Black men and women who lived with disabilities, yet still made major contributions.

Even though last week was Black History West Indian week, what better way to transition to this week’s theme by featuring Ms Claudia Gordon, ESQ.—who was born in rural Jamaica (exact location unknown)—but lost her hearing at the age of 8. She faced incessant discrimination soon after. According to Ms Gordon:

“I was taken out of school. Friends disappeared and the usual cheerful hellos were replaced by forced smiles, curious stares and even outright ridicule.”

At 11, with the help of her mother, she emigrated to the United States where she enrolled in a school for the deaf. Even though there were naysayers who doubted she would succeed in a school that did not specialize for the deaf, she was accepted to Howard University in political science and graduated with top honors in 1995. She pushed herself further and enrolled at American University’s Washington College of Law. When she graduated in 2000, she became the first known deaf African-American woman to earn a Juris Doctor (law degree). What’s also important to mention is that she passed the Maryland Bar Exam on her first attempt. It wasn’t long after that she received several job offers from government agencies.

In 2004, she became Senior Policy Advisor for the Department of Homeland Security—Office for Civil Rights and Civil Liberties. From 2009 to January 2017, Ms. Gordon was a member of the Obama Administration, initially serving as special assistant to the director of the U.S. Department of Labor’s Office of Federal Contract Compliance Programs (OFCCP) and then as OFCCP’s Chief of Staff. OFCCP is a worker protection agency that enforces the civil rights of American workers who either work for or seek employment with companies that benefit from government contracts.

Today, Ms Gordon’s the director of Government and Compliance with Sprint Accessibility—a business unit within the Sprint Corporation. The goal of Sprint Accessibility is to offer communication products and services to reduce or eliminate communication barriers for customers who are deaf, hard of hearing, deaf-blind, or have a hearing or vision loss, or cognitive, speech or mobility disability.

In her own words:

“I like to remind people that my accomplishments neither render me exceptional nor have I accomplished the impossible.

We are defined not by our limits but by our potential.”

For all of us who know about FUBU, the first thing that comes to mind is a successful clothing line that was started by an African-American. However, what’s important to highlight is that one of its co-founders and CEO, Daymond Garfield John—despite being a multimillionaire today—actually struggled in school due to being dyslexic.

Albeit the fact that his dyslexia was an obstacle while he was a student, John credits his disability in helping him to become a successful entrepreneur.

“I see the world in a different way than most people and for me that’s been a positive thing,” he said in an interview with AOL.

John’s mother was very supportive. In addition to teaching him how to sew, she allowed him to use the basement of their house in Queens to run his business. John noticed that wool hats were overpriced at $20, so he made his own and sold them for $10. From hats, he added screen-printed T-Shirts. When his mother saw the potential of his business taking off, she mortgaged $100000 in order to generate start-up capital.

John and his business partners convinced rappers to wear FUBU clothes in their music videos for product placement. In 1993, he even convinced a neighbourhood friend to wear a FUBU t-shirt during a promotional campaign. That friend was none other than LL Cool J. 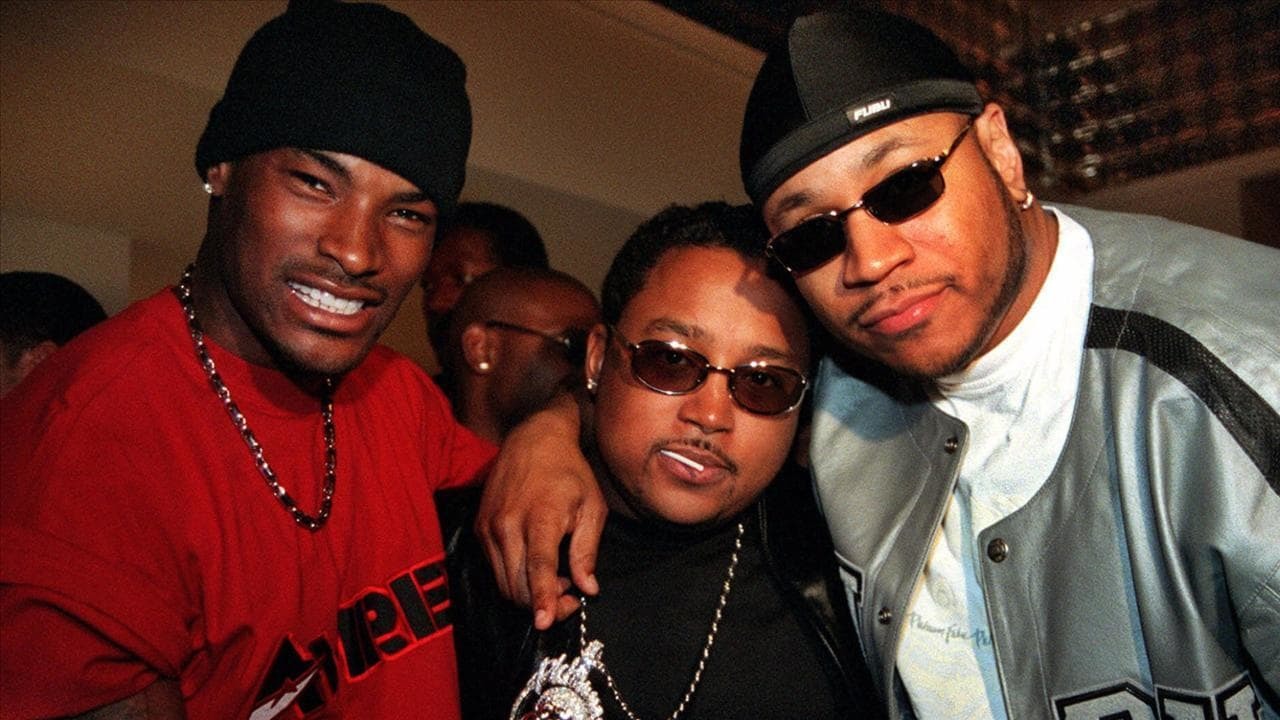 After co-founding FUBU in 1992, John realized that while he struggled with reading and writing, he had a visual mind—an aspect which is a huge asset in the business world. As a result he was able to map business plans in his head.

Today, it is estimated that FUBU has earned over $6 billion in global sales and is featured at the Smithsonian’s National Museum of African-American History and Culture.

Today, John is also the CEO of The Shark Group—a brand management and consulting firm.

Last year for Black History Month, I featured Huey P Newton, one of the co-founders of the Black Panther Party (BPP). Earlier this month, I wrote about Angela Davis and her work with the BPP. This year, it’s important for me to feature another member of the BPP whom, in my opinion, should’ve gotten more coverage for his actions. Had this happened, it certainly would’ve made it more difficult for the media and various US government agencies to portray the Black Panthers as a terrorist group.

Bradley Lomax, also known as Brad Lomax, was an independent living activist, Oakland resident, a member of the BPP, had multiple sclerosis, and was confined to a wheelchair. In 1974, Lomax, worked at the Panthers’ George Jackson Clinic. This establishment was one of the BPP’s “Serve The People” programs which provided free community medical care.

Seeing the need to help the Black community even more, Lomax was instrumental in opening the East Oakland Center for Independent Living (CIL) in a storefront a little over a year later. This was done with Black Panther sponsorship—where Lomax was one of a two-person staff. The center offered basic peer counseling and attendant referral.

What was most notable about Lomax was his participation in the 504 sit-in which began on April 5, 1977. The protest took place in the Health, Education, and Welfare Building in San Francisco to force the government to implement section 504 of the Rehabilitation Act. The section of this legislation focused on employers and organizations who receive funding from any Federal department or agency, and would make it illegal for them to discriminate against disabled persons. The bill was signed and the protest has the record for the longest sit-in in a Federal building in US history—lasting nearly four weeks.

The Black Panthers, at the time, did not have a particular disability policy. Lomax helped change that, and as a result the BPP showed their support by providing meals every day to those participated in the 504 sit-in. In addition, they covered their actions in its newspaper. It’s important to mention that without Lomax’s dual activism which motivated the Black Panthers to help, the sit-ins would not have been successful.

Unfortunately, Brad Lomax’s involvement in the 504 sit-in was whitewashed, no doubt due to racial motives and for him being a member of the BPP. Out of all of the photographs taken from the sit-in, the one below is believed to be the only one which features him—as he’s barely visible wearing his beret.

However, considering that he not only fought for the rights of Black people with the Black Panthers, and got the Oakland chapter of the BPP to assist him in fighting for the rights of disabled persons, Brad Lomax certainly deserves to be recognized for his achievements during Black History Month.

Today, I’d like to feature an extraordinary individual from the United Kingdom. Stephen Wiltshire is one of Great Britain’s best known artists, and no doubt one of the best in the world. He was born in London to a Barbadian father and St Lucian mother. He was mute before being diagnosed with autism at age 3. Apparently, teachers didn’t know what to do with him, and he only said his first word “paper” at age 5.

Despite his condition, he had a passion for drawing. He would often draw animals and caricatures of his teachers which were described as being stunningly accurate.

He later drew buildings, and then city landscapes. Wiltshire only had to glance at a city from either a helicopter or a tall building for a few minutes in order to reproduce the drawing with pinpoint accuracy. The photographs below speak for themselves.

His talent did not go unnoticed, as he caught the attention of the British Prime Minister, renowned neurologist Oliver Sacks, and in 2006 he was appointed as a Member of the Order of the British Empire for services to art. In September of the same year, Wiltshire opened his permanent gallery in the Royal Opera Arcade, Pall Mall, London.

Why does Vancouver not deserve to host the 2010 Winter Olympics

The following was an Op-Ed I wrote on July 29, 2009, that was picked up by the National Post. I’m a former track athlete who

Race Against Time by Keith Boykin

Keith Boykin gives a unique perspective on the fear of the weakening of a white-dominated America. I first heard about Keith Boykin through an old

My experience breaking into the LGBTQ book market Over two weeks ago, I was invited to an LGBTQ book fair to showcase my books. The

7 major website builders were contacted to see how they handle fake news on their platforms. A reader, Melissa Haun, was interested in a previous

Send Us A Message